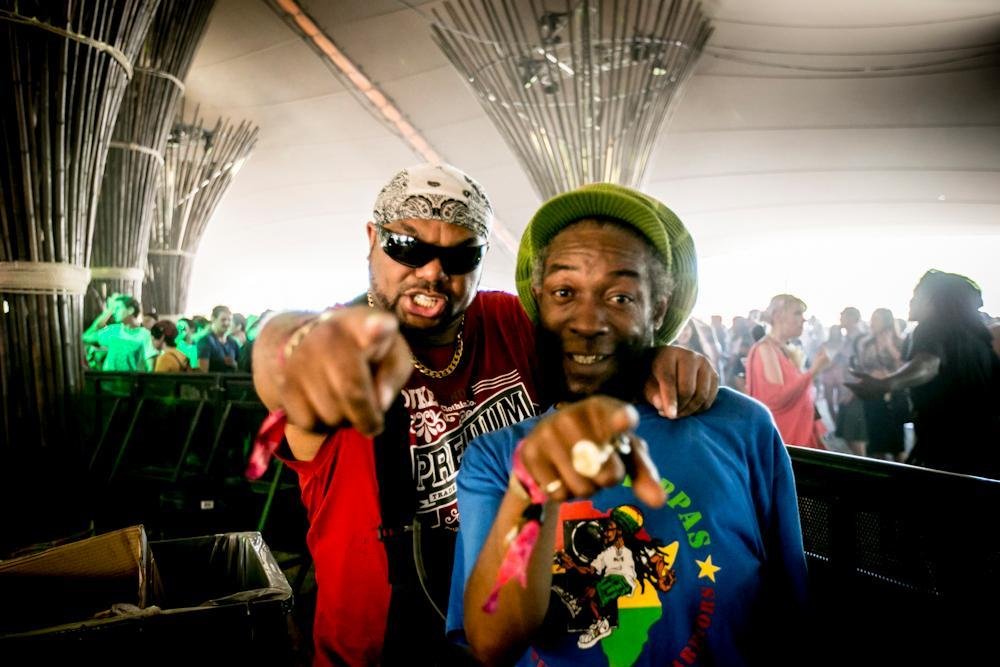 Mark Iration & Dennis Rootical are behind the Iration Steppas group. Like many of his Anglo-Saxon compatriots, Mark Iration was an unconditional fan of Jah Shaka and Jah Tubby’s, legends of sound systems in London. Like him, he began collecting vinyls and, pushed by his entourage, debuted in Deejaying, creating his first sound in 1990. At the same time he composed the first tracks in his studio in Leeds : The High Rise, which sees the release of the first two productions home.