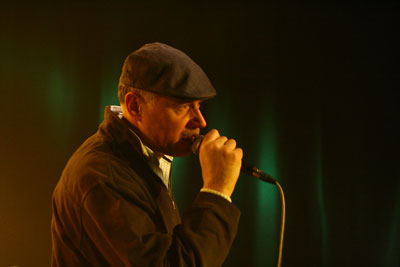 Martin Campbell was born in Germany, in 1955. When he was two years old his family moved to Jamaica.
He soon discovered a talent for music and by the age of seven was an accomplished pianist!
After spending two years at the famous Alpha Boys’ School, Martin moved on to Military school.
He also joined the Sea Cadets where his aptitude for music was encouraged and he learnt to play the
Side Drum and Bugle.
Martin Campbell outlines his philosophy on the music that he arranges, produces and sometimes sings,
ìMy main aim is to continue to build and provide Roots-Reggae rhythms with a certain ëfeelí or character
for artists to voice. I think that the pace of the World is moving too fast and sometimes itís nice just
to slow the tempo a little. Thereís plenty of the usual styles of music around, but Iíd like to try and preserve
something thatís more lasting and more permanent After all, why should everything sound the same?
It just becomes boring and staid.î