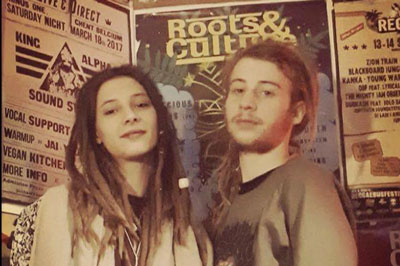 Launched in June 2016 , Medical dub is a musical collaboration introducing the dub music to the musical therapy of inner peace and mindfulness meditation. Busy in music as the french singer Ophelia and the Belgian selector from Lion Paw Movement but also as organisators with ADB Foundation and Natural Mystic, they will work in collaboration to cultivate their own “therapy” and spread their music and messages in their respectives hometowns. By this way,they will link with many other
europeans dub artists like Mad Codiouf, Kiangana, or Michael Exodus… and start to work on different projects of productions and collaborations .Guided by their theory that the music is the medication they propose special selections walking from old Roots, to Reggae, Dub and Stepper .
A mix of original tunes, special dubplates and Home-Made productions, combining deep messages, wild bass and mystical melodies; mostly inspired by Reggae/dub but also influenced by World Music.