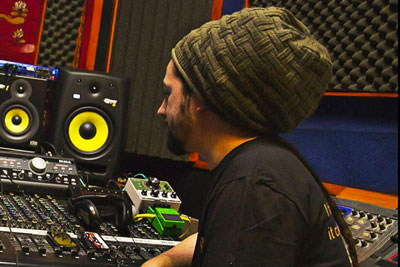 Producer and dub master for his label Dub-O-Matic.
His sound is characterized by electronic sounds
mixed with the roots reggae and dub, which blend
with synthetic rhythms to create a style.
Since 2012 he has released three vinyl singles, collaborating
with artists such as Ras and Mykha LucaDread.
He performed with international artists such as Danny Red,
Macka B, Jonah Dan,and many more